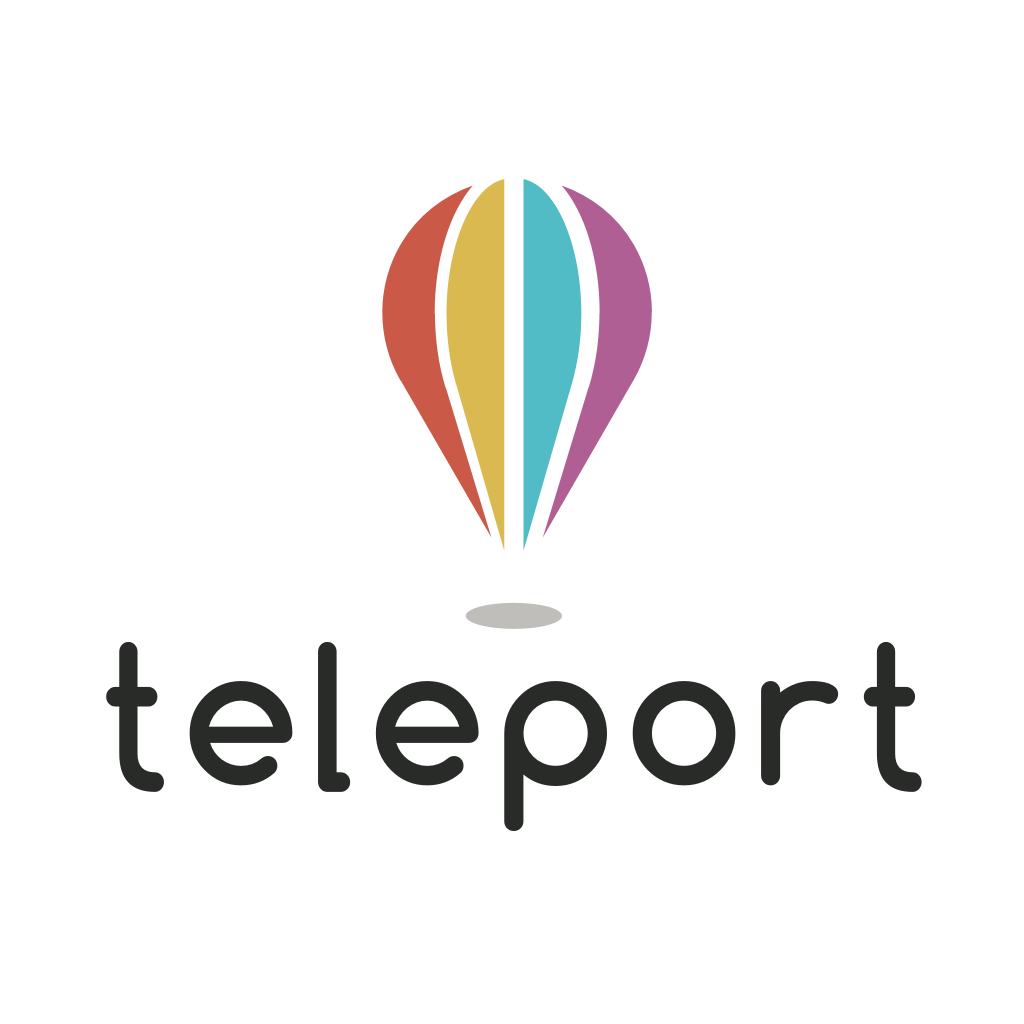 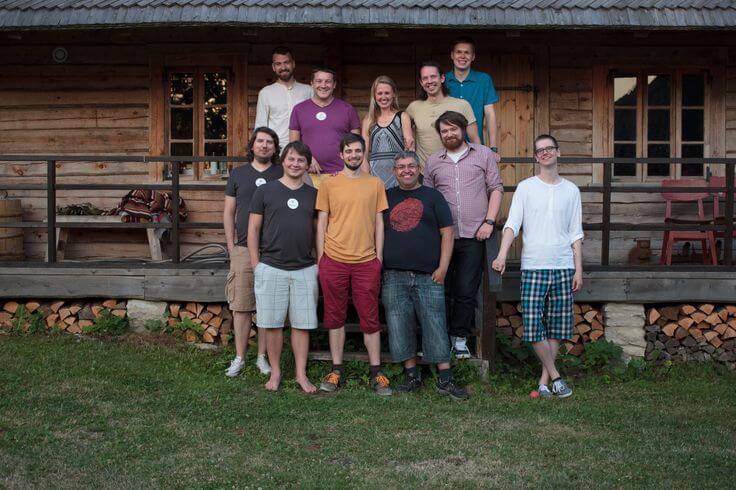 What does your remote-friendly company do?

Teleport moves you to the best place to live and work. We help knowledge workers pick the right city for what they need to do: reduce cost to extend their startup’s runway, find like-minded people to build with, be closer to clients, land in a tax and regulatory environment with least friction, seek for best healthcare or education for their families and so forth. Through free movement of talent we want to make every government in the world to compete for every citizen.

Did you switch to remote or start out that way?

We’ve been remote-ready from day zero.

How important is remote work to your business model?

Building what we build, it would be impossible to tell our people they can’t live wherever they want to live – either in shorter spurts or longer stretches of time. If we preach the benefits of location independent lifestyle, we have to make sure we’re equipped to embed top talent from wherever they choose to be.

What do you consider the biggest benefits of a remote workforce?

Ability to attract the top talent for their skills and values, not worrying about the added constraint of “who happens to be close to us”. If you’re building a global product as well: ability to mimic the diversity of cultures, timezones and market nuances of your own (future) user base to make sure you’re building what they need and love.

What were the main reasons to integrate remote work into your workforce?

From the past experience at Skype (where we had our first 200 people spread across 10 locations), I know that it is _way_ easier to build location independence into the DNA of your company very early on. Most of the failure stories you hear are about how tough it is to embed the first remote guy or girl on your team where 20 people already sit in the same office somewhere. As European immigrants starting a company in Silicon Valley, but having most of our networks of best people back in the Old World, we knew that we’ll never have the single office luxury anyway. So let’s get it right from the start for everyone.

What traits do you look for in candidates for a remote job?

We have a strong bias for people who have proven remote collaboration experience (if not full-time work then even as freelancers, participating in international communities, whatnot). And also we have bias for people who have lived in multiple countries and cities. This way you can at least know they can appreciate basic things like timezones and long-distance communication tricks.

How do you conduct interviews for remote jobs?

There is usually one hiring manager who leads the process and does all/most of the CV reviews and screening calls. We spend time on both culture and values click as well as professional ability. We make sure shortlisted people get more face time with other team members, especially the co-founders. We always prefer video to just voice. We have role descriptions and interview plans for what we want to test built ahead, and team members share notes with each other after the rounds.

How do you convey your remote culture in the recruiting process?

I’ve hired 7 people to the company without meeting them in person. I guess that alone conveys something to them, but also we do practical things like test tasks during the process in a remote setting. We ask people to set deadlines and then deliver what they promised by them — often this reliability and transparency is even more important than the contents of trial work delivered in short time.

Do you use third party testing or evaluation services when hiring remote workers?

For finalist candidates we do reference calls with people who have worked with them before, and potentially with some shared links in our social graphs.

Do you have remote communication protocols for your remote workers?

The only hard routine is our Monday review call where everyone gets together for 90 minutes. As CEO I have scheduled 30 minutes of 1:1 with everyone during the week (mostly over video) — and will try to maintain that rhythm as long as I can. Other than that there are a few “interest groups” that gather on regular intervals (like the design review call or data science call), which have their core participants and the remaining team’s presence as optional.

Do your remote team members meet in person?

YES. This is a must to familiarize people at first and learn to trust each-other. Especially in the forming phases we’ve asked for all European employees to get together with others for roughly a week a month. For intercontinental travel, it is more like a trip across the Ocean every quarter.

For group gatherings in new places we actually built a tool on the data we have about the world: try Teleport Flock to just say where your people are, and we’ll calculate what’s the flight & housing optimal place for you to get together.

How do you measure the productivity of remote workers?

We only look at output, not effort put in. We’re still running on a single product backlog in weekly sprints, so every Monday everyone gets to report to the team what they accomplished the week before and commit to what they will in the next. We do set quarterly measurable product objectives as well (OKRs) but keep those on the team level for now, not individual.

What elements are key to successful working relationships with remote teams?

We have a disproportionate share of employees who have been founders and entrepreneurs themselves in the past. This is the kind of independent thinking, self-motivation and problem solving mindset you need if you don’t have team members there to drive and guide you in the same room every single day.

What is the hardest part about managing a remote workforce?

All people need to make very conscious decisions about personal work time allocation, and the time they spend on communication with the others. For example, if someone is building the most amazing and useful feature for 2 weeks, but doesn’t report back to the team in group chats, for the others it looks like they are absent. Over time they will lose buy-in, and regret their inability to contribute. On the other hand, if you spend 2 hours evangelizing what you do, you will only _do_ it at 75% of your workload. This needs careful tuning to get right for both individual productivity and overall team output.

What is your time off policy for remote workers?

You take it when you need it. The responsibility that everything you promised gets shipped when promised is still yours. And you are the one who makes sure that no-one else’s dependency on your work gets dropped and everyone is informed in due time about your absence.

I would say remote work for us is more about the culture (the values and norms), rather than the process. Even though I know that as we grow we need to spend a bit more time on the latter as well, to make sure that the people joining later get on the same page and become as effective in this environment than the early joiners are.

What advice would you give to a team considering to go remote?

You can build relationships in person and maintain them over video calls, not vice versa. “Remote” does not mean walls – in the formation phases of remote teams make an effort to get them together often enough. Likely you’re saving enough money to put back into more travel with your cost-location arbitrage anyway.

What challenges have you encountered building a remote team?

Building the sense of trust and maintaining the sense of urgency. So many topics are easier to be whiteboarded out in the same room, but in the startup environment you just cannot afford to leave them hanging for a few weeks for the next opportunity to do so, even if that means using less than perfect communication channels.

What are the most effective tools for remote team communication?

Fleep chats, Asana tickets, group Hangouts and 1:1 calls over Speak or Skype. You should also build a Teleport Sundial group to manage the timezones and current locations of your team.

What is your personal remote work environment?

How do you personally manage work-life balance?

I’ve been an entrepreneur since I was 18 and worked extensively across timezones and countries for the last decade. This means that my family has actually formed during this lifestyle of early morning kid’s errands, afternoon family time and late night calls to the other side of the world. My wife’s work as a writer has been quite location independent as well, giving us luxury of picking up our three kids and moving to other countries for a while. We just came back to Estonia from a 3-year stint in California, and have spent more time in Singapore and London before. We all agree that this time in new places together has actually made us stronger as a family unit.

Do you have a favorite quote or bit of business wisdom?

People are usually hired for their professional skills, but fired for failures around culture and values. Hence always make sure you get the latter sorted first.

Where is the best or worst place you’ve worked remotely?

Worst must be a late night call in an airport hotel room you’ve been stuffed for a cancelled flight, with almost-nonexistent wifi and half-eaten banana left on the sheets by the cleaning person.

Once your work allows you to go remote you will find many more of the “bests” every new day, from the Pacific views in a Santa Monica beach highrise or on Maui to ski cabins with high sun melting the icicles behind your window. But I think I’ll pick a work session in my summer house on the Saaremaa island in the Baltic Sea where I got everything done over 4G while keeping watch of a slow-cooking leg of lamb in the outdoors smoker oven for 6 hours.