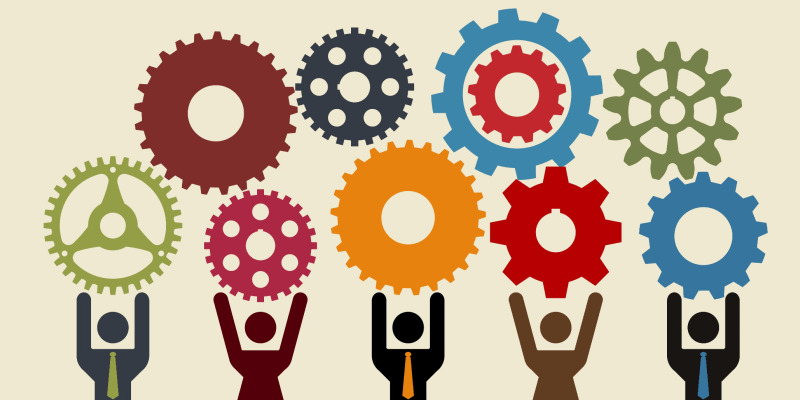 Is There a Difference Between Distributed Teams and Remote Teams?

Distributed, remote, telecommute – these terms, frequently used by work flexibility advocates, might sound similar, but truly they’re quite different. Here we’ll specifically be looking at the differences between distributed teams and remote teams.

The similarities between distributed and remote staffers are quite incredible. They each work alone, away from the office, somewhere independently away from their coworkers and team members. The differences begin when taking into account the integration of teams, office locations, and the way teams are connected.

Remote teams, like distributed teams, work away from each other, but usually that doesn’t mean that everyone works remotely, or that the company distributes its team members around the world. When working on a remote team, rather than trying to connect across multiple time zones, you might only work with one or two other remote workers while the rest of your team is centrally located.

Remote teams can also be location based. Sure, everyone works from home, but they work within a specific distance to an office where they occasionally meet. The term remote in remote teams means that certain team members work remotely away from the office or other members on the team.

So which is the best? A hybrid distributed remote team.

While each of the above offers their own perks, they are also limited, and because of the lack of shared remote work experiences, they can cause animosity among team members. For everyone to reap the benefits—both staffers and employers—a distributed remote team is the answer. By developing a remote team that is also distributed, talent pools are substantially larger, and staffers are able to have work flexibility while also being in the same work situation as their team members.

Sure, there are time zones to consider, and maybe colleagues don’t meet up, but they all work together under the same circumstances as remote distributed workers. Thanks to technology and the advances made in the workforce, the tools and resources are available to make it work at all levels. These include Slack, Sococo, Yammer, Google Drive, Gmail, and the like.

If you don’t believe us, ask these great remote distributed teams about their experience: FlexJobs, Groove, InVision, Automattic, and HelpScout.