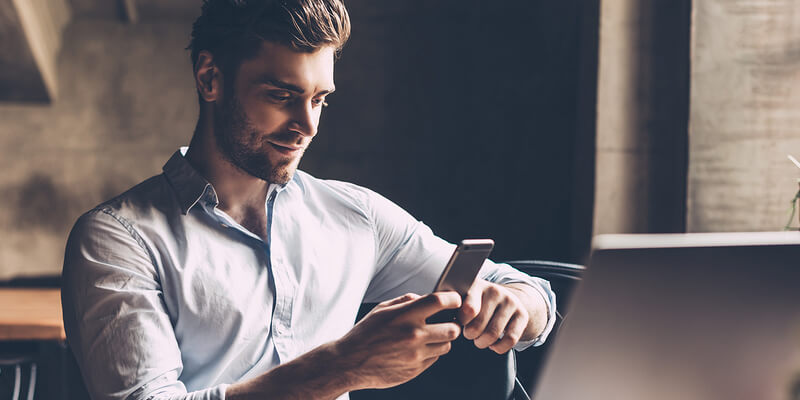 How Your Startup Can Benefit from Going Remote

There are distinct advantages to going remote from the very beginning, as many startup founding teams have shared with us at Remote.co.

A decade ago, starting out as a partially or even fully remote company represented a daunting prospect. What has transpired to enable the movement toward distributed teams? An evolution in tech tools for remote teams, a culture shift toward focusing on greater work-life balance, and an increasingly competitive environment where the very best teams win.

Companies like Attentiv, Chargify, Groove, CrossOver, Hubstaff, GitLab and WooThemes have been remote since day one—or, as NodeSource puts it, “distributed by design”—and note that it has benefited them in several ways.

Below, we list three of the commonly experienced benefits remote work can provide startup companies. And then five company leaders share their thoughts on either starting companies as virtual from day one, or transitioning to remote work over time.

When you’re not limited to hiring developers, marketers, or other staff within a certain radius, you’re able to recruit and choose from among the very best hires globally for your company.

As many venture capitalists and startup advisors have stated, people are the most important aspect of any budding company. Being able to form a diverse all-star team from day one could almost be considered an unfair advantage for remote companies.

Showing up early and staying late, eating lunch day after day hunched over your desk, or wasting company money on in-office “perks” like foosball tables and nerf guns are startup relics of the past. (Or should be.)

Remote companies enable people to work wherever—and often whenever—they’re most comfortable. Engagement, motivation, and retention increase. When employee satisfaction is given a core focus, the business stands to benefit today and in the long term.

There’s no need for posturing when professional visibility is reduced to team calls, shared documents, and project output. Instead, remote companies lend themselves to being natural meritocracies, where the most effective players are noticed and rewarded.

Your most significant impact will be felt through the work you accomplish, and greater transparency into team processes shows your accomplishments in ways beyond in-office, face-to-face collaborations.

Two founders of companies that have been virtual from day one share their thoughts:

“From the past experience at Skype (where we had our first 200 people spread across 10 locations), I know that it is way easier to build location independence into the DNA of your company very early on. Most of the failure stories you hear are about how tough it is to embed the first remote guy or girl on your team where 20 people already sit in the same office somewhere.

As European immigrants starting a company in Silicon Valley, but having most of our networks of best people back in the Old World, we knew that we’ll never have the single office luxury anyway. So let’s get it right from the start for everyone.”

– Sten Tamkivi,Co-founder and CEO of Teleport

“[Going remote] began out of necessity. I was a full-time engineering student living in a dorm room at Princeton when we started. I didn’t have time to go meet anyone face to face. Instead of doing a few in-person meetings per day, we were able to schedule ten to twenty daily virtual meetings using Skype as our office.

Skipping the costs and commutes associated with physical offices made so much sense that we decided to turn down the typical Silicon Valley approach and practice what we were preaching by being distributed from day one.”

Three Companies That Transitioned to Remote Work over Time

Companies that didn’t embrace remote work immediately made a thoughtful transition, as shifting from location-based work to a “company without borders” can have a strong impact on company culture.

Naturally, it’s in a startup’s best interests to do everything possible to ensure that this is a positive impact rather than a negative one.

Fog Creek Software, makers of Trello (acquired by Atlassian for a cool $425 million) took some time before embracing remote work:

“We made the switch after 13 years. We made the transition initially to allow long time Creekers to move away from New York, it was kind of our test to see if remote work worked for us. Then we began to hire remotely.

Our philosophy is if you hire the smartest people and give them everything they need to create, they’ll make the best products. Hiring remotely has allowed us to continue to be competitive, and to take that first step that makes the whole process work.”

“We started out as a small team that was primarily focused on manufacturing. Our first hire in software development was in England and that went over incredibly well. A few months later, our customer service lead asked if he could relocate. Initially, I was concerned—but then we saw it as an opportunity to improve our processes so that we could support a remote customer service team.

We haven’t aggressively recruited until recently, but we’d often stumble across someone talented that we wanted on our team. These people were rarely local, but it was usually obvious they’d make a great addition so we didn’t stress their location. After a while, it became commonplace for our team to be remote.”

And Toggl, makers of a time tracker tool, also took a measured approach:

“We went remote about a year ago, and we put a lot of thinking into it. We laid out the pros and cons, talked to our team members and did some research. Once we started going remotely, we had a lot of questions about staying productive remotely, maintaining a company culture and managing a distributed team and we all learned together to make it work.

Most important reason [we went remote] is because we became too monocultural. Our users are the world, but our hiring-radius was 10 km. We wanted diversity, different angles and backgrounds. Why hire a consultant to know how things are done in the States when you can hire a person from the States to work full-time and bring the knowledge in the house.”