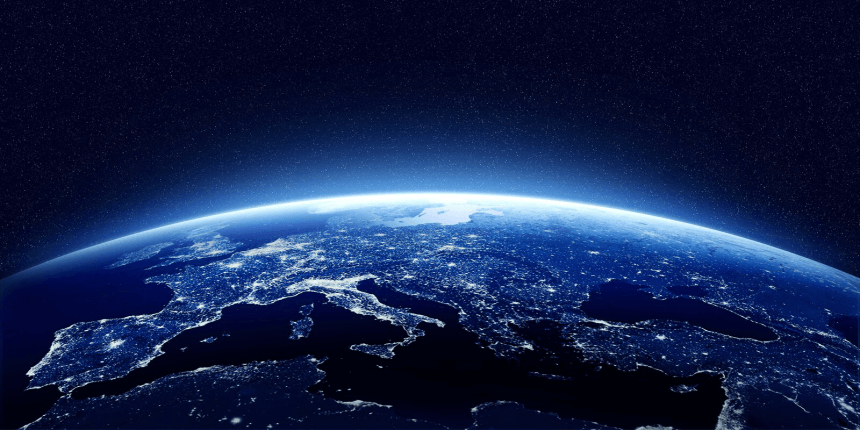 The Global Impact of Remote Work

Did you ever consider how remote work can have a global impact? In this article, we’ve interviewed some of the participants at the June TRaD Works Forum, hosted by Remote.co and FlexJobs in Washington, D.C., who spoke about the global impact of remote work.

We’ll detail examples of remote work and programs that have a global impact, including ways to offer flexibility and mobility, training remotely, cross-border remote work, and training low-income workers.

The Global Impact of Remote Work

Georgia Hybner worked as a talent acquisition manager for Dell in Australia. She wanted to figure out a way to combine her love of skiing with her job, and in 2012 asked to relocate to Canada, where she has permanent residency.

But this wasn’t a typical relocation. Hybner still supports Dell’s Asia Pacific Japan Talent Acquisition with a range of projects, but now lives in the Whistler ski resort near Vancouver, and skis at least several hours a day, four to five days a week. In the summer, she cross-country mountain bikes.

“Typically I work Sunday through to Thursday to align with Asian daytime hours and work 12:30 p.m. to 9:30 p.m.,” Hybner said. She may also work split shifts by jumping on early morning calls “to accommodate all regions.”

Such flexibility and mobility is something Dell has encouraged since 2009 through its Connected Workplace program; last year Dell expanded the program to 73 sites in 29 countries, with 25 percent of eligible team members enrolled worldwide.

“There’s a huge benefit to Dell to recruit from a broader pool of talent,” said Carly Tatum, a Dell spokeswoman. “It has become seamless,” adding that “it’s not uncommon to interact with colleagues for years without knowing where they’re based.”

Hybner’s experience is one example of the global impact of remote work these days: allowing employees to stay with their company, and even their department, but still move across the world. It clearly benefits those in the current workforce.

But what about bringing on skilled workers who want jobs but may not have the training or opportunity? That’s where three programs discussed at the TRaD Works Forum come into play.

Ronit Avni, founder of LocalizED (still in the prototyping stage), talked at a panel on the global impact of remote work about her social enterprise, which would enable people who have moved to other parts of the world to mentor and train rising talent in their home countries remotely.

Additionally, countries that face political and economic turmoil lose up to 30 percent of their most highly skilled professionals, Avni said, which “leads to a downward spiral for their private sector, universities, government, and ultimately, the GDP.”

“The idea is to turn a brain drain into a brain gain,” Avni said.

Too often, mentoring and training programs take place in English, which leaves behind millions of people who would greatly benefit from guidance and expertise in their own language. Avni hopes that LocalizED will be available in more than 20 languages from Urdu to Arabic, from Vietnamese to Romanian, which will help solve this problem.

For example, Kosovo has more than 80,000 highly educated expatriates. Most who contribute do it by sending money back home. Efforts have been made to use financial incentives to lure researchers back to Kosovo, but with limited success. This isn’t unique to Kosovo, because the economic and professional factors that lead people to move away often prevent them from repatriating, even when they receive benefits from the state.

After more than a year of researching, planning, and testing, Avni hopes LocalizED will be up and running next year.

Tolu Olubunmi, who also spoke at the conference about the Mobile Minds Project, is attacking the problem of brain drain from another angle. Why not make it easier for businesses in one country to find and hire highly skilled people in another country?

For the past four years, Olubunmi and colleagues have worked on a project led by the World Economic Forum’s Global Agenda Council on migration. While still a work in progress, the initiative aims to start a national conversation on cross-border remote work and “help businesses see it as a real solution and as a policy,” she said.

Ultimately, Olubunmi said, she hopes to establish a “remote work index” that would link workers with specific skills and the companies looking for such employees. Another piece of Mobile Minds would connect companies with refugees who have skills but are unable to find work in their adopted country.

Advances in technology and lower costs to connect people remotely are making it easier to link people remotely, but there remain a number of stumbling blocks, such as standardization of qualifications in professions ranging from physicians to software engineers.

While some of these certification problems exist across states, they’re even more difficult to address across national borders, Olubunmi said. But businesses and nonprofits are working on the issue, such as trying to standardize university certification.

One program already up and running is Sama Group, a nonprofit that started in San Francisco in 2008, with the goal of training low-income people in digital work and providing work for them from companies around the world.

Sama’s programs are located in Kenya, Uganda, Haiti, and India; examples include digital tagging that workers do for Getty Images, said Louisa Brown, Sama’s spokeswoman. The organization uses proprietary software that breaks up the projects into tasks.

About 900 people are employed worldwide through Sama, which means equal in Sanskrit. The organization broke even earlier this year, “which is huge for a non-profit,” Brown added

While this may sound like classic outsourcing, the women are paid fair wages; for example, Brown said in Nairobi it’s eight dollars per day compared with an average salary of two dollars per day. Sama also runs schools in California, New York, and rural Arkansas to teach low-income people digital skills and offers an online digital skills training course, which enrolls 25,000 people globally.

“The way to end poverty is to give jobs,” Brown said. “Talent is universal, but opportunity isn’t.”

Readers, are you curious about the global impact of remote work? Do you find these examples inspiring? Tell us in the comments below!