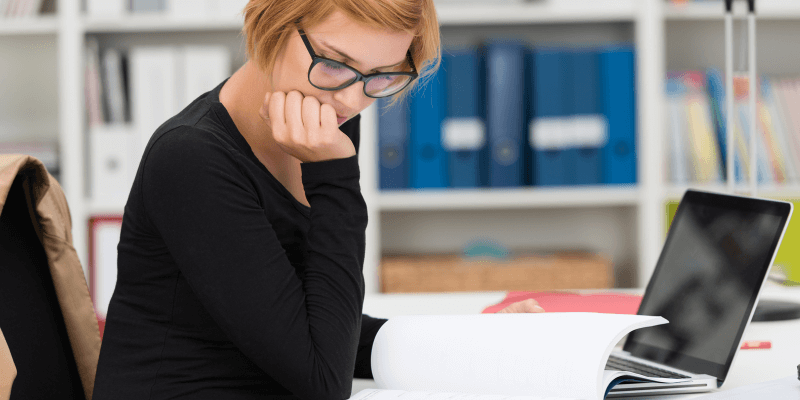 How Women Can Benefit from the Remote Revolution

In 2013, Sheryl Sandberg published a book that would become the professional battle cry of a generation. Lean In was released to much acclaim (and naturally, some criticism) among professional and academic circles. Yet the book has indisputably generated impact well beyond its pages: a global community was established that gathers women in remote and face-to-face Leaning In circles and discussion groups, and a vast resource library of blog posts, videos, and research studies was compiled and made accessible to anyone, anywhere. This is helping to drive a remote revolution as well.

Underscoring the ways in which women can lean into their careers and take hold of their ambitious goals, the concept behind the movement has led many women to step up to challenges at work, volunteering for new projects or asserting their leadership abilities. Instead of backing away from their careers when personal changes are looming, female professionals the world over are instead reaching for their goals.

This movement is big. And it got me thinking: What about distributed workers and female entrepreneurs who are leaning in remotely? How are they adapting principles from the book to relevant remote work scenarios?

Several women candidly shared their perspectives with me; the insights they offered show that the glass ceiling may be especially breakable when working within remote environments.

Leaning in with Buffer

When we chatted via Skype—separated by more than a few time zones—Buffer’s new PR specialist, Hailley Griffis, was in the midst of the company’s six-week boot camp onboarding program. A completely remote startup, Buffer has grown significantly in the past couple years; the social media management company now employs over 80 people who work from multiple countries and continents.

As Buffer’s first PR hire, Griffis outlined the opportunities of working with a fast-growing distributed team, and the career-building potential in such a role.

“In startup life, it’s not uncommon to be the first in your role; that’s where I am right now at Buffer and I’ve been super grateful for the opportunity to start working on shaping the future of our PR efforts,” says Griffis.

It’s an exciting time for Buffer as well as for Griffis, who had been building up a career in startup PR even before setting foot in the entrepreneurial hub of San Francisco, her city of choice. (Buffer encourages all of its employees to “live in a place that makes you happy.”)

“Prior to Buffer, I was consulting independently for a variety of tech startups. It’s a very different experience to be working with a team, especially a remote team. I’ve already learned so much from my colleagues at Buffer, and especially from their trust. As of week one, my colleagues have been trusting me to do interviews with the media, and their trust motivates me to continue to be better,” Griffis says.

Buffer’s leadership team believes that companies thrive based on their culture, and in support of this, they’ve created internal mechanisms to provide regular interaction among all of its distributed employees.

“Mentoring and guidance have been so helpful to me along my career path; I can absolutely recommend it for other young women looking to take the next step and looking towards their future,” advises Griffis.

Griffis emphasized that being remote doesn’t mean leaning out.

“Remote work can still be perceived as pretty strange for a lot of people. I’m super grateful that at Buffer we still have endless ways to connect with each other, and our company culture encourages bringing your whole self to work. One thing that’s been great for me is that while in Buffer Bootcamp, I’m paired with someone else on the team for a daily ‘pair call’ that week. These daily syncs offer a 1:1 chance for us to chat and get to know someone from every team. Once graduated from Buffer Bootcamp, many people at Buffer set up a weekly Mastermind with one of their peers to discuss self-improvement goals and high-level challenges and accomplishments, notes Griffis.

The whole process is geared toward cultivating leaders from within; a more recent emphasis on diversity and inclusion has led Buffer to expand its culture team further.

Leaning in with Skillcrush

As a company led by a female founder, Skillcrush is unique in the rise of remote startups and the remote revolution. That it introduces women (and men!) to tech skills in a traditionally male-dominated field is perhaps even more interesting. Skillcrush’s Director of Content Randle Browning shared her experiences working in a remote environment that’s focused on empowerment and self improvement.

“Working at Skillcrush is an incredible opportunity and experience—it has definitely given me more confidence in what I can do! It’s hard to work here and not feel inspired about what happens when women learn tech skills,” says Browning.

She also asserted that leaning in is just as possible remotely as it is in traditional office environments.

“Just like you would in person, you can take on more responsibility, come up with new ideas and run with them, and speak up in meetings. I’m pretty introverted, and I actually find it easier to take on a leading role in a remote position, where that doesn’t necessarily mean standing up in a boardroom. I find it much easier to host a live webinar with 2,000 attendees than talk to 12 people in a room! It’s also important to document what you’re doing and make sure you have one-on-one time scheduled to talk to your boss and make sure she knows what you’re up to,” Browning advises.

Browning believes that remote work grants employees greater freedom and control over their lives—something valuable to working moms and dads, and, well, everyone.

“I live in a small town where I had trouble finding local work in my industry. Being able to work remotely means I didn’t have to uproot my whole life to prioritize my career. Although I don’t have kids, I think that, especially for parents, this kind of flexibility can be the difference between leaving the workforce and continuing to build your career,” Browning notes.

Prior to her current role, she didn’t have any context around remote work.

“I had no idea you could have a “regular” job without committing to a commute, a 9-to-5 schedule, and a life in a tiny cube with fluorescent lights. I didn’t want a job like that, and I used to feel like I was somehow broken or not right. My role at Skillcrush gradually grew into a full-time position. Before I knew it, I had one of those ‘regular’ jobs—but I could do it from my house, the car, or a condo at the beach. I could take long lunches and exercise during the day, and I didn’t have to worry about an emergency trip to the vet sucking away my vacation time, etc,” says Browning.

Growing up, international startup founder Chedva Kleinhandler had few professional role models who were women. She later saw a hole in the app market and moved quickly to create Lean On, a career mentor matchmaking tool that connects women for confidential advice and mentoring.

“Until now, the only formalized networks for women to reach out to other professional women have been content-specific, or related to networking; there hasn’t been a platform created specifically for women to seek out mentoring and advice on-demand when they need it most. Yet every woman, no matter her background, deserves it. This is why we created Lean On, and are working to ensure that its features truly serve the needs of our target audience: for example, women can search broadly or choose to filter results by location and role, so that they can secure someone they believe will be the most relevant mentor for them,” says Kleinhandler.

When her team distributed a survey about the challenges that female professionals encounter in the workplace, they expected a modest but useful response sample. What they received surprised them.

“We were shocked and thrilled. More than 500 women responded to our survey, from a jaw-dropping 56 different countries. What was more eye-opening to us than this level of participation—and more importantly—was the fact that many professional women are looking for the same thing. We saw a pattern in the areas of need and concern that respondents expressed, from Saudi Arabia to Thailand, from Israel to the U.S., and many, many places in between,” Kleinhandler says.

She’s not into labels, but if she were, Kleinhandler would wear “trailblazer” well. Her entrepreneurial spirit, which has thrived throughout her religious upbringing, led her to become the first career woman in her immediate family. Now a working mom, she looks forward to helping other women in achieving their dreams.

“Launching a startup has been a huge learning opportunity for me; it’s proven to me that I can write my own destiny. To be able to help other aspiring entrepreneurs, executives, and career-minded women is the very best part,” notes Kleinhandler.

The Lean On tool is in Beta mode in select cities, and will be made available for download in late summer 2016. The team is also working on an enterprise version, which will allow companies to install Lean On as an internal platform—something Kleinhandler envisions will be useful to the many large, global companies whose female workforce populations could benefit from greater interaction and support.

Remote work can be a great way for women to continue leaning in. Thanks to this remote revolution and strong female leadership forging the way, leaning in from a distance is possible.