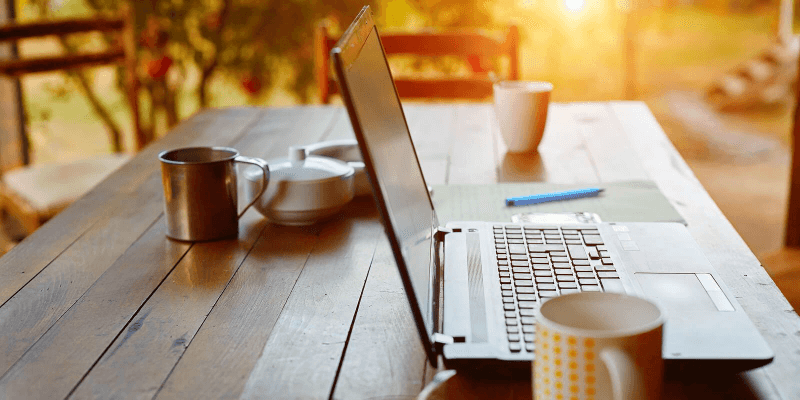 How to Avoid Accidental Evil with Your Remote Team

As the leader of a digital agency, I believe that one of my greatest responsibilities is to help reduce the consequences of “accidental evil” for my colleagues and clients.

What’s accidental evil, you ask? Well, essentially it’s when one team member takes an action that doesn’t account for other important variables—and results in a bad outcome. A hallmark of of this is that the downsides associated with it should have—and easily could have—been avoided.

The fact is, this can impact almost any aspect of our home or work lives—whether you’re involved in developing a product, writing code, or updating a client. It can play a role in any situation where people need to work together to reach a goal or make something happen.

Even when a person has the best intentions, it can spring up to foil expectations for key stakeholders. One small mistake, a minor oversight, or incorrect choice can cause it. The catalyst might also have been a lack of perspective, missing information, or lackluster communication.

To be clear, I don’t believe most bad things that happen in an organization are intentional. It’s just … people are busy! Though most of us are generally aware of team goals, the truth is that people operate in their own bubbles, view things from their singular perspective and have their own unique communication style.

If staff members on your team must constantly battle small “fires” each day, it’s a clear sign of accidental evil at work.

Here’s where you can find accidental evil at work:

Recognition and preventative maintenance can go a long way toward solving a problem. I’ll gladly provide more useful advice below, but consider a few of the more common symptoms:

I could go on. The number of potential examples is almost literally endless. But they all have something in common; Perhaps just one thoughtful, prescient action or communication could have prevented the accident entirely!

1. Recognize and reinforce that accidental evil is usually external.

Accidental evil is just that—accidental. If an employee gets no recognition from their boss for a significant accomplishment, the resulting disappointment could easily be attributed to the boss being “a jerk” or not truly valuing that employee.

More likely than not, the boss was just busy or didn’t realize how much recognition would mean to the employee in that particular instance. He or she certainly wasn’t thinking about how doing so would transform the employees’ experience from one of potential disengagement to relative fulfillment.

On the other hand, when an employee better understands that these feelings could be avoided by recognizing how busy the boss is, or politely sharing how they were affected by the lack of recognition, a more optimal outcome might be achieved.

The simple act of acknowledging accidental evil as a potential peril can help everyone on a team collaborate with more patience and compassion.

Left to our own devices, a lot of us operate as if we’re addicted to urgency. Certainly, you can derive immediate gratification from checking a small task off a list, solving a problem, or fighting a fire. And the truth is, it’s more difficult to invest long spans of time to one critical task when many other smaller ones preoccupy you.

Preventing those smaller fires from breaking out in the first place is absolutely essential to achieving high quality, creative work. Unfortunately, when events conspire to prevent colleagues from digging into something truly meaningful, the fire usually wins out.

This urgency addiction manifests in many ways through instant messages, pings on Slack, or skyping someone for a quick chat. Another classic occurs when a manager asks a team to drop everything so they can rally on one critical task that’s fallen behind. Sadly, and often in a case like this, the organization probably should have done a better job planning in the first place.

Without intervention, key personnel at your company will find themselves constantly battling these less important (although seemingly much more urgent) problems. And, if you manage a remote team, these issues can be compounded by the fact you can’t see when folks are struggling from the chaos.

Try to identify the root cause—and solve these problems before they start. Reinvest the time you save into getting more done and you’ll suddenly tip the trajectory of your organization in a positive direction.

3. Facilitate coaching, feedback, and one-on-ones with your team weekly.

If you’re a manager, aim to meet with your team for a minimum of 30 minutes each week. At these meetings, everyone should share updates. Your key role is to reinforce expectations, offer guidance, and most important of all—listen. Provide direct, targeted feedback and advice meant to help them grow and improve. This is twice as vital for distributed teams because you typically won’t have the interpersonal safety net that being around real human beings typically provides.

I’m a huge fan of the Manager Tools podcasts. The timing of this post is quite serendipitous because Manager Tools’ cofounder just released The Effective Manager. The ideas outlined in this amazing book can help you build a fantastic team. Put the advice within to use, and you should quickly be cultivating better relationships with each of your direct reports. You’ll also be far better positioned to solve problems each of your team members face while learning how to leverage strengths and minimize weaknesses.

The principles I’ve drawn from Manager Tools have helped revolutionize every business I’ve led, cofounded, or advised over the past decade.

Don’t give up. Eliminating accidental evil is a process!

Managing a distributed company has countless benefits. If you consider how technology has enabled us all to collaborate from afar, it’s truly amazing. There are certainly downsides—chief among them, a lack of in-person human interaction. Many of these challenges can be overcome through the steps outlined above.

Recognizing and combating accidental evil can help make your team members more content in their work while your business becomes more efficient and profitable. The process certainly won’t be dead simple, but it’s not a Herculean task either. Small amounts of mindful, focused energy should yield great results for you, your team, and the business over time.

Casey Cobb helps organizations thrive by keeping founders focused on delivering value. He is partner and senior software engineer at Project Ricochet [Q&A with Remote.co]—a web development and design agency specializing in Drupal, Meteor, and Open Source projects. Casey believes in testing assumptions early and often. He puts that theory into practice as a software engineer, inventor, angel investor, writer, and speaker. Check out his personal website or follow him on Twitter.