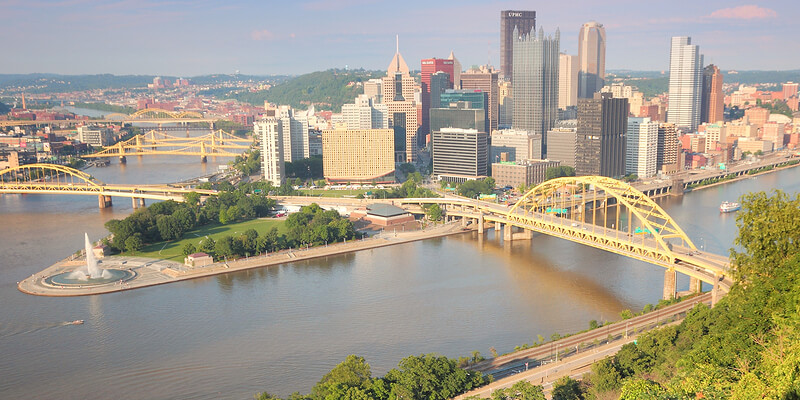 How Remote Work Can Save America’s Rust Belt

Thinking of the era of manufacturing, Motown, and the steel industry may conjure up images of eerily similar small homes stamped out across suburbs, large smokestacks, and cars that could be mistaken for land yachts. It was a heyday for American production, but those days have most certainly passed.

What now lies in their place depends upon local political climates, available resources in terms of talent and raw materials, and the companies that have grown up around those which have shuttered.

In the large post-industrial cities and small towns that make up America’s Rust Belt, it has been feast or famine for the past 30-plus years. Some, like Detroit, have floundered amidst crises ranging from a lack of jobs, governmental corruption, violent crime, and industries nearly as vulnerable as automobile manufacturing, whose shadow still looms large over the region and continues to impact its citizens.

I’m a product of one of these places. Except that my hometown—Pittsburgh—has a markedly different story to tell. Around the time Flashdance was inspiring off-the-shoulder fashion trends and risk-taking in pursuit of your dreams, Pittsburgh had begun investing in and capitalizing on recession-proof industries like medicine and education. Its leadership was committed to cleaning up the grimier parts of the city and riverfront, whether issues arose from pollution or unsavory activities. New companies arrived, out-of-towners moved in, students the world over angled for admission in its highly competitive universities. In just a few decades, Pittsburgh has become a beacon for entrepreneurship, conservation, and innovation. Not bad for a former steel town.

That’s all well and good, but what can be done in places where few systemic changes have not brought about significant positive change? What if there aren’t any world-class institutions attracting top talent to a region? Does that mean those who are seeking a promising future must also leave?

The answer, I’m happy to relay, is no.

We live in an era when knowledge work can be done from just about anywhere. Because of this, we’re not limited to working for local companies, or only recruiting local workers. The doors have been thrown open—and not only are we not limited to whatever gigs or internships are available in town—we don’t even have to work at specific times anymore. (Imagine explaining that to a line manager in a plant who clocked in and out religiously for 40 years.)

Remote work represents a huge opportunity for post-industrial towns across the Midwest. Here’s how remote work can save America’s Rust Belt:

Those who return to their sleepy or forlorn hometowns after college don’t have to head to the nearest thriving startup scene or buy a one-way ticket for farther afield; they can now be a part of one, whether they get hired on as a virtual employee or if they decide to found a distributed company in their neck of the woods. Now, these bright minds can hire, build, and create without limitation right where home is, and do so without incurring significant costs or overhead. Beyond this, recent grads can play an influential role in developing an entrepreneurial ecosystem from the ground up—creating jobs and a sense of hope in the process.

Those who can’t find work nearby or within a reasonable commuting distance no longer are forced to relocate, or worse, abandon their homes. They now have the option to remain part of their communities, civic organizations, and school districts, with better virtual training, job prospects, and financial security allowing them greater control in planning for and shaping their own futures. Staying close to the places and people important to you no longer means sacrificing your career or livelihood.

There are parents out there who could be spending a lot more time closer to their kids if they had flexible work options. Admittedly, this doesn’t work for everyone—for example, as a nursing supervisor and head of a one-parent household, my mom couldn’t have done her entire job at a distance. Long hours and odd shifts may be par for the course in some fields, but advances in technology and more support for technical skills acquisition are allowing increasingly more roles to incorporate work-from-home days, if not fully remote positions.

For example, I can picture my mom typing up reports from home instead of getting in at 1:00 a.m. after spending time filling them out onsite following a grueling shift. That image alone makes me an advocate for the inherent possibilities of remote work.

I couldn’t agree more! If you look at the data too, some of the fastest growing remote work locations are places like Youngstown, OH!