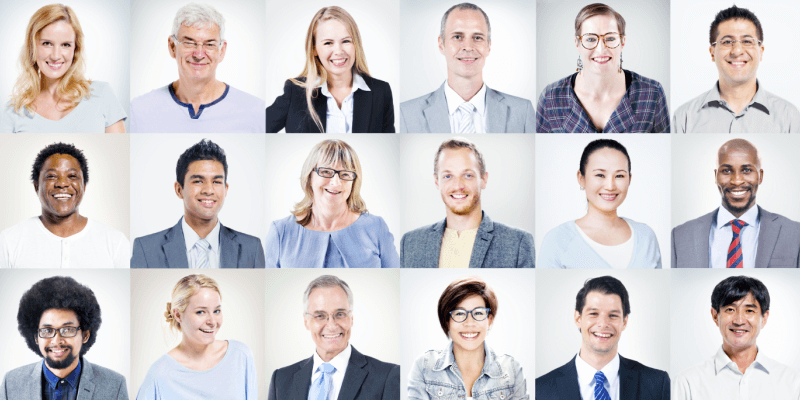 One of the biggest doubts that remote work naysayers have is, “How will your team function as a team?” What they mean: How will your team form the bonds that a conventional team has, if they don’t see each other on a daily basis? The answer may be as simple as using remote team building exercises.

In the digital age, time and space differences don’t cause as much of a strain on businesses as they once did. Once you have assembled a dream team that will help your organization succeed, the next step is to get them to know each other.

Workers of diverse geographical and social backgrounds can get along well with a gentle push using team building exercises. Just like in the offline world, team building is a crucial step to smooth sailing projects. Eighty-six percent of employees said that ineffective communication was a reason for workplace failures. This can be avoided if proactive steps are taken to ensure a good communication flow.

Get your remote team to become more familiar with their colleagues using these remote team building exercises:

1. Use the power of photos to connect.

As with any remote team building exercise, start with an icebreaker. A photo game you can play is “take a picture of your mug.” A mug is a personal object for their daily cup o’ joe. Taking this photo will make them feel like they are sharing a part of themselves with their colleagues—just like they would in an office space.

How it helps: Going by the phrase “a picture is worth a thousand words,” team members showing snippets of their lives can make more of an impact than merely talking about their life. According to an article from ShutterStock, sharing photos helps nurture relationships. By learning more about your team, you can create virtual memories.

2. Make a map of your team’s locations.

Whether your team members are in different cities or even different countries, use a map and circle the cities where each of the people live. Example: If Josh lives in New York, circle NYC and write “Josh lives here.” You can also make it more visual by adding an important monument, such as the Statue of Liberty in this case. Ask each person to tell a few things about the place, and the one thing that people should do or try if they’re visiting that city.

How it helps: This gives the team a good idea of the geographical locations of each team member. Learning more about each city helps others understand where they come from and what culture they identify with. The place they come from can also add to the kind of personality they have. Some people are proud to be big city people, having attributes like assertiveness and being opinionated, while others enjoy being small town folk, who are said to be hard working and calm. Of course these are generalizations, but there’s some truth in saying that where you come from can affect who you are.

3. Have an online movie night.

Films can open new ways of seeing the world. It may sound trivial, but having a movie night will get people’s guards down. It provides a space to talk about things unrelated to work. Choose a popular movie that everyone can watch on their laptops, and have a live chat running so you can have everyone’s opinion about every scene. After the movie is done, you can have a short discussion on how they liked it.

How it helps: This is an informal way of getting the team together. It helps the team lighten up and enjoy themselves. Since the focus is on the film and not on the team per se, the team will subconsciously loosen up. It gives them some inside jokes to talk about. They might even form friendships over movies.

4. Chitchat during a virtual coffee break.

Get the team together through video chat and have a 10-minute coffee break. As they sip on their preferred brew, each person can share snippets of how their day is going. According to a study, the key to high performance of a team isn’t based on the content of their discussion, but the manner in which they discuss it. There should be a buzz in the way they communicate. They can talk about what they’re drinking, what their cat is doing, how the kids are doing—pretty much anything!

How it helps: This might be awkward the first couple of times, just staring at each other drinking coffee. However, it helps the team enjoy a break together—something that people who don’t work remotely know to be important.

This is for the lovers of micro-expression shows like “Lie to Me.” “Two Truths and a Lie” is a game of spotting deception through a video platform. It’s very simple. Instruct each member to write down two things about themselves that are true and one thing that is a lie. The lie should be believable (something like “I have superpowers” isn’t acceptable). Go around the group and have each person read the three statements they wrote down. The rest of the team has to pick out the statement they think is a lie.

How it helps: This remote team building exercise keeps the curiosity going. In the excitement of figuring out the lie, people also learn two truths about the other team member. Hence, it’s a good “getting to know the person” exercise. It’s fun to catch when another person is lying, and the exercise helps others learn nonverbal expressions that their team members make, such as a smirk or lack of eye contact when fibbing. This game integrates nonverbal cues to spot the lie in a virtual environment.

When your team is more connected at a personal level, it will show in the way they collaborate. Workflow can become seamless with better communication in place. These remote team building exercises might not make the time and space barriers vanish, but they’ll make them a little more bearable. Getting the team to interact more will help them be more involved with the work, as they have made a personal investment in it.

Niraj Ranjan Rout is the founder of Hiver (formerly GrexIt), an app the lets you share Gmail labels with other Gmail users. Niraj works on programming, customer support and sales, and also contributes to design and UI. He’s also a fusion music aficionado and loves to play the guitar when he can.