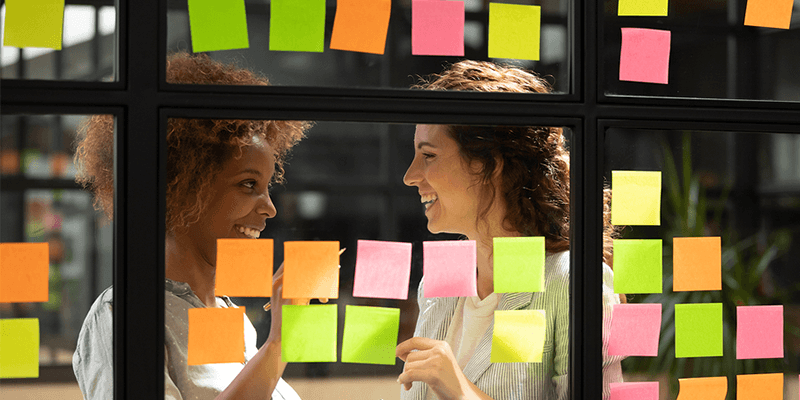 What Is Scrum? Pros and Cons

When you hear the word scrum, you might think of rugby. The scrum is the big pile of people in the middle of the field. But you might also think of development teams that use Scrum or Agile as a means of getting things done.

And that may be all you know about Scrum. That it’s something development teams “do.” Or, you may think that Scrum and Agile are the same thing (they’re not). Scrum is a way to get things done. But it has a very specific set of steps the team takes and, in many cases, the team takes the same steps repeatedly when completing a project.

It’s confusing. But once you see how Scrum works, you may be tempted to use it in your next project as a way to learn and grow from your mistakes and to help make the next version of your product or project better.

What Is Scrum and How is it Used?

Scrum is a project management technique that helps teams build large or complicated products. It encourages collaboration and improvement by encouraging the team to self-organize, learn by doing, and reflect on their successes and failures.

In a nutshell, Scrum helps teams break down the larger project into smaller, more manageable pieces called sprints. During a sprint, the team focuses on that one part, and nothing else. By working on that smaller part of the larger project, teams have the flexibility to change and adapt their approach, improving the project as it progresses.

With frequent check-ins, Scrum keeps the entire process transparent and helps team members incorporate changes as they receive feedback about the project. It also allows the team to work on small areas of the project when other areas are “stuck” and the problems are being resolved.

Contrary to what many people think, Scrum and Agile are not the same thing. Agile is a set of values and principles that helps teams think differently about work. Using Agile, a team will collaborate frequently, examine their work often, and will adapt and change their approach as the project progresses.

While that sounds similar to Scrum, it’s not the same thing. Agile is a method for thinking about project management and product creation. Scrum is the “doing” part of project management, and it’s built on Agile thinking.

Put another way, Agile is about the individuals and the products they deliver, not doing things “this way.”

Everyone! There are no rules about what industries or which teams can use Scrum or Agile. Any team that could benefit from a collaborative process or ongoing feedback can use Scrum.

However, Scrum is most often found on software development and engineering teams. This is mainly because these industries tend to create products that need regular and frequent updates.

The updates don’t only happen in response to user feedback, though. As the operating system changes, the app developers update their apps to work with the new system. That requires them to collaborate with the operating system programmers to make sure the app can run on the new system. And, as often happens, when one side finds a bug, they report it to the other side in an effort to help improve one another’s products.

That’s a very simple explanation of how Scrum works. There’s far more to Scrum than updating and bug hunting. Actually, explaining Scrum is a lot like the Scrum process.

The team takes the larger project and breaks it down into smaller, easier-to-deal-with pieces. These pieces are called “sprints.” However, a team doesn’t randomly divide the project up into sprints. Creating and defining a sprint has its own process and this process helps keep the larger project on track.

The first part of a sprint is the sprint planning meeting. In this meeting, the team decides what work they will do and how they will accomplish the work. The team also determines how long the sprint lasts. By the end of the sprint, the work must be done.

Because the most important part of a sprint is completing the work, a crucial part of the planning meeting is figuring out how to complete the work during the time limit.

Once the planning meeting has settled the details, the team moves to the sprint and does the work. During the sprint, each team member checks in daily to talk about what is and isn’t working to get feedback and assistance if they need it. This is called the standup and is a part of the collaborative process.

At the end of the sprint the work is complete, but the sprint is not. After the sprint, the team does a sprint review to showcase the work they’ve done. This can mean demonstrating the product to the rest of the company, the head of design, or the sales teams, for example.

Then the team does a sprint retrospective to identify where they can improve as individuals and as a team. Then it’s on to the next sprint. The next sprint can be the next part of the larger product, or it can be an update to an existing product.

Scrum is a popular method of “getting things done.” While it may not be for every team, there are many advantages to using Scrum.

Of course, there are reasons why teams stay away from Scrum. Because it relies on teamwork and collaboration, Scrum is not the right project management tool for every team.

A Different Way of Doing Things

Scrum may not be for every team, but for some teams, using Scrum may be the method to help them complete their projects in a timely and efficient manner. For people new to Scrum, it may be hard to adjust to a different way of doing things. But, with a collaborative process and the willingness to embrace failure as well as success, Scrum may be the best way for your team to get things done and do things better the next time.

We frequently update our database with new, fully remote listings at companies that range from startups to large companies. Browse our listings and find your next remote job today!