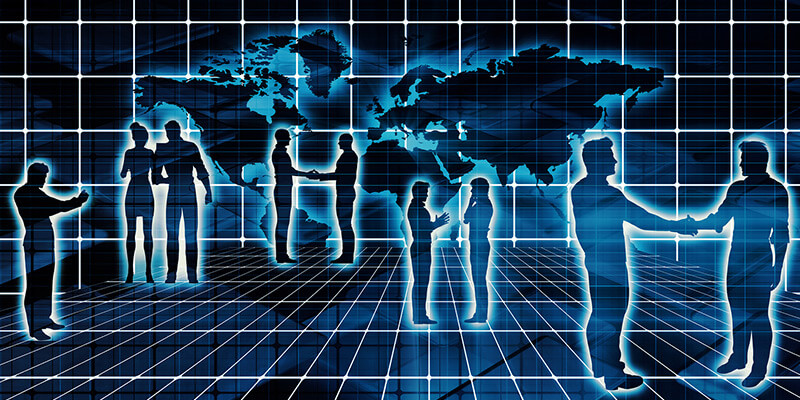 Just joined a virtual team, and unsure how to go about building rapport with your colleagues? Or perhaps you’re a newly-minted manager charged with leading distributed employees toward a major project.

While there are many advantages to remote work, the issue of physical isolation is a formidable one—whether you’re located across town, the country, or happen to be an ocean away from your colleagues. Cultivating relationships or motivating others from a distance both have major implications beyond productivity; they serve to head off conflicts before they start, positively impact long-term goals, and increase workplace happiness. (Who doesn’t want to feel inspired kicking off every workday with people they enjoy?)

Yet these are more complicated than the routine tactics frequently used on remote teams: hopping on a daily standup call, exchanging asynchronous messages on Slack, or filling out a quick multiple-choice questionnaire designed to be a “team pulsecheck.” Don’t get me wrong—each of these actions have their own merits. It’s just that they won’t substitute for the often messy and more time-consuming work involved in building close-knit teams. (Underestimating cultural issues and believing communication will be organic are two of the most common misconceptions both for remote-first companies and those transitioning to remote work as well.)

Here are the ways in which remote pros can build remote rapport and set themselves—and their colleagues—up for success:

Start by understanding the stages of solid team formation.

As a university lecturer, I taught students of all majors about the stages that every team inevitably goes through: forming, storming, norming, and performing. Identified by psychologist Bruce Tuckman, who later added a fifth stage (adjourning) for disbanded teams, this universal framework can help you better understand internal group dynamics.

Forming, as you may have guessed, involves the initial point where polite introductions are made and roles are discussed. Storming is as it sounds: a stage full of shared opinions and potential interpersonal challenges. Norming is the light at the end of that tunnel; by this point, those who have successfully negotiated their way forward are developing routines, collaborating, and managing expectations. Performing lies at the top of this pyramid for a reason, as it represents the ideal phase where professionals are kicking butt and taking names. 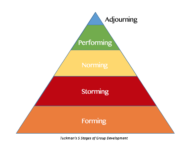 Far too often, teams get stuck somewhere in the storming stage, where disagreements and misunderstandings abound. This stage is especially challenging for remote professionals, who must navigate thorny issues from behind a computer screen rather than having face-to-face meetings.

Aiming for diversity among talent is a priority for many companies for a multitude of reasons, including avoiding groupthink, connecting with a broader customer base, and representing perspectives that can lead to greater innovation. Yet even the most heterogeneous teams may have shared hobbies, faiths, sports, or creative pastimes.

You may discover that you and your colleagues are fast friends who share a number of passions outside of work; or you may find out that you’re the only one who enjoys tagine cooking or has a talent for aerial gymnastics. No matter—there are upsides to both scenarios for you! If you learn that you’re part of a pack of runners, for example, you might consider establishing a monthly distance goal for your team or opting to upload your proudest screenshots and candid photos from recent training runs or major races. If, on the other hand, you’re flying solo with your Star Wars fandom, you have an opportunity to entertain others with reference and memes about the pop culture phenomenon that gave rise to Wookiees, the Millennium Falcon, and Harrison Ford’s distinguished acting career. Maybe you’re the only employee who celebrates Diwali; you might consider introducing others to this joyful celebration of lights by sharing your favorite traditions and what the holiday means to you. The bottom line: bonding doesn’t only have to happen in person, and with a little intentional effort, it can bring even the most far-flung professionals closer together.

In areas of disagreement, focus on sharing facts rather than positions.

As you’ve seen within the stages of team development, all teams will experience a bump in the road at some point. So when (not if!) a discussion becomes emotionally charged, you can take a step back and remain calm by presenting the facts as you see them. This reinforces your commitment to team goals, and invites a constructive dialogue rather than a heated argument.

One of my colleagues taught me this valuable lesson when we had a misunderstanding about deadlines. A project management tool we were using was set with only one time zone in mind, so something was due aggressively early on his end, while I was under the impression that he had plenty of time to complete it. What may have devolved into a longer and potentially uncomfortable exchange was quickly and easily clarified and de-escalated, all thanks to his emphasis on presenting and jointly exploring information.

How to Climb the Corporate Ladder with Remote Work

How to Market Your Brand As a Remote-Friendly Employer

Why You Need a Virtual Water Cooler for Your Remote Team