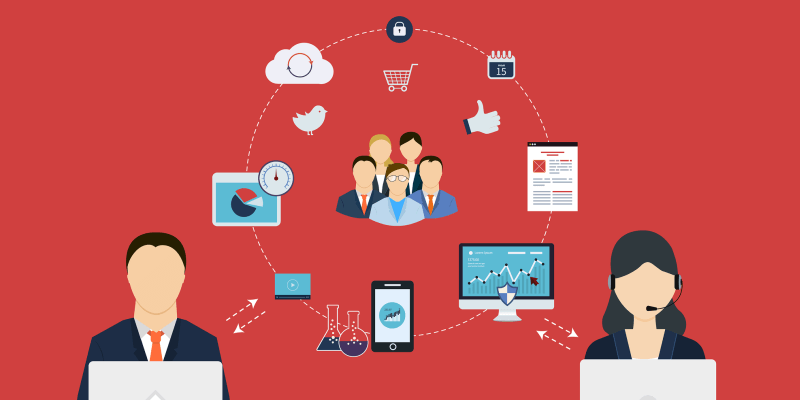 Managing in a Geographically Distributed Workplace

In an increasingly more competitive business landscape, talent pools are shrinking and national borders are blurring. As a result, the geographically distributed workplace is becoming more popular—but there are many challenges within this arrangement. Employees, executives and managers must often overcome various time zone, language, and cultural differences.

Here’s how managers at two fully remote companies are ensuring that their teams thrive in a geographically distributed workplace:

Automattic: A Real Commitment to Transparency

Based out of upstate New York, Simon Ouderkirk is in his first remote role for a company that he quickly explains is remote “in its bones—no one is remote from a mothership office or HQ. We’re fully distributed.”

You may have heard of Automattic—or at the very least, their flagship product: WordPress.com. As Hospitality Evangelist, Ouderkirk serves as team lead for a group that focuses on user experience, data analysis, and (via Automattic’s support mechanisms) customer happiness.

He believes there are many advantages for companies considering the remote route.

“I’m absolutely an advocate. Maybe ‘evangelist’ would be a more appropriate term. I believe that remote work is the work of the future, in that it offers countless advantages over more traditional workspaces. You have a diversity of skillsets and paths to excellence,” says Ouderkirk.

He acknowledges that a distributed workplace works well for a variety of different personalities.

“Depending upon where people fall in terms of leaning toward introversion or extroversion, in a company like Automattic, they can interact with their colleagues in a way that’s truer to their personal temperament.”

He says that an “aggressive” approach to transparency has worked well for his team. Information is accessible, and few —if any—questions are off-limits.

“By defaulting to communication, you get to share the full value of your own thoughts. The impact may exceed your own expectations—when you work with people from vastly different timezones, experiences, and professional backgrounds, the better it is for everyone when you’re able to get their ideas into the collective mindspace.”

All of this, he explains, can become a “force multiplier, snowballing and becoming something bigger than the individual. This approach to communication originates from you; it’s not imposed upon you.”

Automattic puts this into practice. From contributing to WordPress to encouraging employee interactions, Ouderkirk explains that “open source is in our DNA.” Conversations between company executives are visible to him and other team leads, demonstrating a real commitment to transparency. (If this sounds interesting to you, note that they’re currently hiring.)

Automattic also has an unusual approach to project work.

In teams of 12 or 13, they work on a rotation system where employees get a chance to hone skills doing new and different work. “Sometimes, we’ll have an employee ‘on loan’ from another internal team,” Ouderkirk said.

A strong focus on feedback has fueled a “3-2-1-0 approach,” which loops communication from leaders to individuals, team to team, and back to team leads. They accomplish this via chat tool Slack, and P2s, a WordPress theme blog that functions almost as team-specific threaded conversations. P2s are searchable asynchronously as well, which “pushes the transparency piece,” according to Ouderkirk, since important topics don’t get buried in a Slack exchange.

Although Ouderkirk admits he’s still working to find ways to bake communication into day-to-day work with his team, he’s thrilled to be an advocate for remote work—an area that while emerging, still appears to be “misunderstood.”

“We need to eliminate the literal physical box that we put work in.”

Doist: Working with the Best People in the World in a Distributed Workplace

Aygul Zagidullina spoke to me from one of the world’s thriving start-up scenes: London, England. Fittingly, she works for a “mature” start-up, Doist, which at nine years old has grown into a company of over 40 individuals who work remotely from home offices or coworking spaces across the globe.

Doist’s productivity tool, Todoist, has more than 7 million users worldwide, exists in 17 different languages, and integrates with 35 other apps. (Because what is a productivity app if it can’t “talk” to your other critical applications?)

A native of Russia and a German citizen, Zagidullina initially joined the team as a community manager. As Head of Community Management and Support, she oversees two teams, leading the company’s community efforts for people all over the world. She emphasized that flexible hiring gave rise to a greater diversity than traditional companies might be able to accomplish. Her team alone, she says, represents a mix of national origins, races, genders/gender identities, and sexual orientations.

“The biggest advantage of a remote company is that you can work with the best in the world because you aren’t limited to recruiting in one particular city. As part of our virtual team that spans 18 countries and 5 continents, I’m working with literally the best people in the world.”

Although she admits that she never thought she’d love to work remotely, as a former research scientist, Zagidullina knew that she wanted to be in a field where her work would visibly and almost instantaneously improve people’s lives. And she loves productivity.

“Internally, we’re managing a lot of different timezones among our staff. This can get confusing, so we use a number of tools to help us coordinate. First, timezone.io (a tool created by an employee of Buffer, another fully remote company) helps us to keep track for scheduling important video chats.”

When they have to meet synchronously, they take the following approach:

“At Doist, we have three types of hangouts: one ‘all-hands’ and one ‘one-on-one’ meetings that are more formal in nature, and one hangout that’s informal. The formal meeting is held every 1-2 months in an effort to include everyone (with some admitted challenges on the late and early ends of the timezone spectrum). With a team of 40, we coordinate informal hangouts that mix eight employees so that folks can get to know other distributed team members better—and we try not to have two people in the same role (developers, designers, support team) or from the same location on a call. This way, you have a chance to get to know your colleagues better.”

The former Google employee also said that her team uses “tons” of shared documents, where everyone can comment on their own time.

“We’re all embracing it. Whenever somebody tweets at Todoist, we want to help people ASAP. Support people truly have an advantage with remote teams in that there is always someone with the light on, ready to assist.”

Naturally, having such a diverse team means that those at Doist will have to navigate new waters, and the occasional tricky cultural difference. But these can be embraced as learning experiences.

For example, some team members celebrate different religious and national holidays. Zagidullina said that the team recently used this as an opportunity to learn about the Chinese New Year, discussing internally what they could design to acknowledge the special day for their users.

There are other inherent differences, too—what are known as high context and low context cultures, where people have a different sense of time, autonomy, and emphasis on building relationships. Zagidullina says that they’ve learned to manage it all through regular interaction and open discussion. Her team members have solid experience with cultural differences, and of course, a diverse background helps.

She points out that these cultural sensitivities go beyond Doist’s internal staff, even influencing product development.

“We don’t just translate our app; we localize it. Our users are as diverse as our team, and we want to incorporate subtle yet important nuances to reflect that.”

A remote marketer since early 2014, Kristi DePaul (@reallykristi) has mastered content development, management and creative direction from a distance. Her adventures have taken her to nearly 40 countries on five continents. She runs Founders Marketing, a remote marketing services firm for growth-oriented start-ups—and doesn’t work in her pajamas.