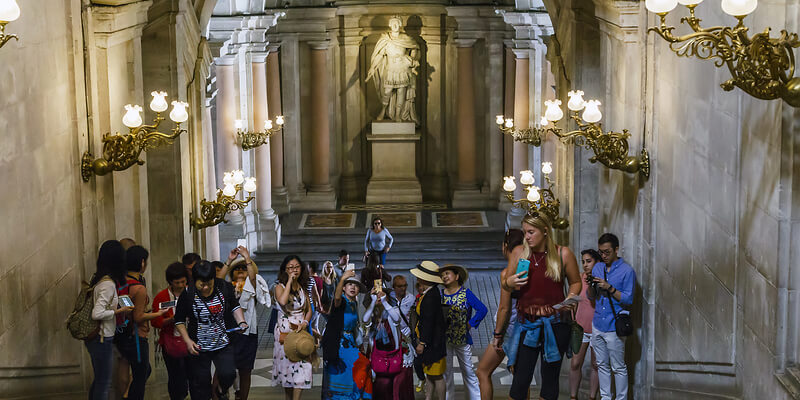 Face-to-Face Retreats: How Your Remote Team Can Benefit

Back when everyone worked from 9-to-5, the thought of taking a “vacation” with the boss and a group of colleagues might have sounded more like punishment than a perk.

However, a number of fully remote companies tout the value of having their distributed teams meet up in person on occasion—and not just for serious work. Some are instituting regular domestic and overseas face-to-face retreats as a means of building rapport and advancing organizational culture. This approach even taps into recruitment branding, as job candidates often view it as a desirable bonus to their employment package.

What are the advantages for remote teams, and what kinds of services are being provided by organizations in this space?

Some Benefits of Face-to-Face Retreats for Remote Teams:

A number of fully remote global startups are finding that retreats can pay dividends in terms of productivity and company morale.

Both Buffer and Baremetrics have blogged about their investment in retreats and have shared insights into the costs associated with such gatherings.

Buffer has invested in team retreats since 2013. Back then, the company only had eight employees. These days, employees are able to bring their partners and immediate family members along.

As the company’s entire 75-person team is remote (and distributed across more than 10 time zones), they recognize the value of convening as a group each year. Some past destinations read like a travel bucket list, including places like Bangkok, Thailand; Cape Town, South Africa; Hawaii, U.S.A.; Sydney, Australia and Madrid, Spain, among others.

CEO Joel Gascoigne believes that retreats are a smart move for several reasons. “I firmly believe that if we would operate the company without these regular face to face gatherings, we would be less effective and feel less connected,” he said. He acknowledged that the gatherings are geared toward building long-term productivity and meaningful connectedness among team members—relationships that will help teammates support each other from a distance.

As the competition for remote talent heats up, many companies find themselves upping the ante in an employee perks war of a different kind. This isn’t the ping-pong ball, hammock-laden, fully-stocked-kitchen or beer-on-Fridays hype. Many remote organizations are allocating funds that would trick out an office toward items that directly benefit employees, such as professional development, technology allowances, travel stipends, and yes, team retreats.

Those types of perks are valued by the folks at Melewi, a fully distributed UX and UI design company with no physical office. The company’s tight-knit team has found it easy to get along and collaborate with one another, but they make it a point to organize company retreats at least once per year.

Melewi’s Chief Operating Officer, Peach Nacion, explains why. “It’s the perfect way for the team to spend some relaxing, all-play-no-work, quality time together. It’s also a way of rewarding and giving ourselves something to look forward to after all the hard work we’ve put into our projects.”

She added that the cost wasn’t at all a burden, as the the company has accumulated significant savings simply from not having to rent a physical office space. (“And what better way to use that spare cash than to bring everyone together on a super fun trip?!” Nacion said.)

Although the Melewi team hasn’t yet promoted team retreats as an employment perk, they have found that applicants often inquire as to whether or not the team meets up face-to-face.

When regaled with stories about ski lessons in Japan, for example, Nacion noted that many interviewees were enthusiastic about the idea of team travel, sharing their belief that retreats can help foster personal relationships within distributed teams and make working remotely less of a lonely pursuit.

Peter Fabor is riding the wave of the remote retreat industry with an aptly-titled company.

The founder of the Surf Office, a European-based facilitator of remote retreats, recognized the opportunity to provide services and management oversight for companies looking to gather their teams.

“If you are a startup that’s growing really fast, a retreat is a great opportunity to build company culture and also to attract new talent—who wouldn’t like to work for a company that organizes a trip like this once a year?”

But the advantages go well beyond recruitment marketing.

“For a corporation, this is a powerful way to boost innovation,” he said. “We are all overwhelmed with meetings, emails, calls, notifications…a team retreat is a powerful tool that allows you to escape your daily routine, move to a new place for a few days and work with a full focus on the new product/feature/strategy with your team.”

Increasing team productivity and innovation can be invaluable—and companies like Fabor’s are betting that the return on investment organizations receive through remote working retreats will keep these services in demand for years to come.