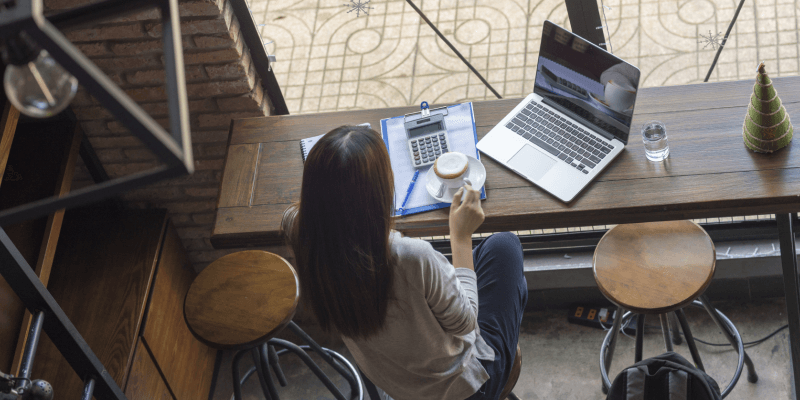 The Leadership-Gender Gap: Remote Companies May Be Closing It

It seems everyone interested in gender equity is looking for new ideas to provide a glimmer of hope for practical and economical ways to make faster progress—myself included.

So I was particularly interested in a trend that my team at Remote.co started to see regarding women in upper-level roles. Part of what Remote.co does is interview companies operating mostly or entirely virtually about how they start, grow, and manage remote-friendly teams.

These statistics are from 2016. You can find the latest statistics about women in leadership here.

Compared to the wider business world, these numbers are stunning. Is there something about remote companies that makes them more likely to have women leaders?

The Current State of Women in Leadership in the U.S.

The statistics of women in leadership roles are terrible by any estimate. Only five percent of Fortune 500 company CEOs are women. The “better” view? Women hold 14.2 percent of top leadership positions in S&P 500 companies. As Fast Company’s Lydia Dishman writes, the gender gap is widening in the c-suite at major companies.

The bottom line? The World Economic Forum’s 2015 Global Gender Gap Report says that, based on current trends, it will be 81 years before women achieve workplace equality.

Why is this the case? A 2015 Pew Research women in leadership survey of over 1,800 adults asked, “What’s holding women back from top jobs?” In this order, they answered that women are held to higher standards; the country isn’t ready; family responsibilities don’t leave enough time; women don’t have sufficient connections; and women aren’t tough enough.

Comfort with women leaders, gender equality, toughness—these are personal beliefs about gender and work. But family responsibilities are consistently found to interrupt a woman’s career:

Comparatively, only 28 percent of men say that, at some point in their working life, they reduced their hours in order to care for a child or family member. This pressure has taken a toll, with young women today reporting notably lower career expectations:

The result of both reality and perception is a severe lack of women in the pipeline for leadership opportunities. Most argue that paid parental leave is the best solution, but our stalemated congress guarantees little movement there. While some prominent companies offer paid parental leave—for example, Vodafone, Amazon, and recently PayPal—it’s unfortunately rare. But remote work, with its surprisingly high numbers of women in leadership roles, seems to provide a promising option.

Personally, as a female founder and CEO of a remote company, I know first-hand the benefits of working remotely. But to explore it from a business perspective, we interviewed other women leaders at remote companies about why they think remote working ties into gender equity in their organizations.

One of the biggest reasons remote companies have more women leaders is that remote work makes it easier for all professionals to integrate work and life responsibilities.

“The biggest gap [in gender equity] occurs when people start to have children. Distributed teams emphasize productivity, results and output, rather than how many hours you were at a desk.”

– Kate Kendall, CEO and founder of CloudPeeps, a content and marketing talent marketplace

“The flexibility of a virtual workplace can empower men AND women to take an equal part in raising children, caring for elderly parents, or other life occurrences that have traditionally fallen to women to handle.”

Some argue that the leadership-gender difference is because remote companies are results-oriented.

“Non-traditional work structures force organizations to measure employees on deliverables, not politics or likability, and that automatically levels the playing field for women.”

Rather than paying attention to intangibles like “toughness,” they focus on what women actually get done.

“Our company places a huge priority on getting work done. Productivity is paramount.”

Closing the gender gap in leadership roles is a complex and lengthy undertaking. There is, however, hope. The same 2015 Pew survey I mentioned earlier, that asked what holds women back from leadership, also found that the majority of people view women and men as equally capable in leadership positions, and say women are indistinguishable from men on leadership traits like intelligence and innovation, and stronger in compassion and organization.

It might not be a panacea, but remote work is a solid strategic option to integrate more work flexibility and place focus on productivity. Both, I believe, have real potential to encourage widespread leadership equality. In demonstrating how companies successfully grow and thrive with women in leadership positions, remote companies may be establishing the path for traditional companies to follow.[/fusion_text]