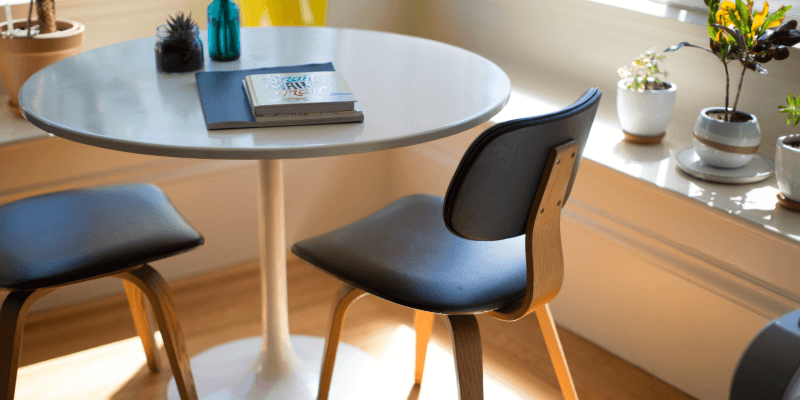 The gig economy has arrived. The advent of this new era in work has given rise to some interesting global trends, including numerous online platforms that pair freelance talent with available projects, and an ever-increasing variety of coworking spaces.

The latter now involves a dizzying array of options, from the likes of industry Goliath WeWork—a “unicorn” startup now valued at over $10 billion—and an army of Davids poised to compete, with various stylings of slingshot.

Among them are a new crop of coworking spaces aiming to cater to a specific, and perhaps currently underserved, audience: women.

Whether the members of these new coworking spaces for women classify themselves as entrepreneurs, freelancers, or remote workers, these professionals are seeking out female-only environments. To learn more about this movement, I got in touch with founders of such spaces in the United States, Singapore, and Israel.

Specifically, I wanted to know why each decided to open a coworking space geared toward (if not exclusively for) women, and also to find out what aspects of the local remote work or startup landscape made it seem like a smart move.

Developing coworking spaces for women appealed to Joanna Bailey for many reasons.

“I wanted to create a community for women everywhere,” Bailey said. “I didn’t want it to be a mom’s club or a business women group; rather, I wanted a place for all women to be able to come together and grow.”

She cites the many hurdles women encounter that may not hinder their male counterparts.

“It’s so challenging for women to have everything they need to get their business up and running. We still live in a male-dominated world, but there are women who have extraordinary resources. I was very surprised when I did my market research and noticed there weren’t many female-focused communities. On average, typical coworking options are serving an 80 percent male market.”

COTERIE Company has expanded into numerous American cities and has a method for selecting new locations.

“Part of what I look at is: How big of a need is innovation and inclusion in a market or the opposite. Which communities are currently doing a beautiful job of promoting innovation and inclusion?” Bailey said. “I also like to look at the density of the female population across an established metric. The other consideration that I research is what’s going on in the leadership of the market. For example, what is the mayor, capital and governor doing? What is the leadership landscape?”

Venues are important, with an emphasis on indoor/outdoor access.

“Architecture and ambience play huge roles in the COTERIE process,” Bailey added. “Outdoor space is imperative. I look at the amenities in the neighborhood and how walkable the area is. I look at the public transportation and parking opportunities. I look for unique properties that speak to the feel of the market that we are shopping in, and would say that we definitely lean toward unique properties.”

Bailey notes that “our service component is one of our primary amenities. We have a COTERIE spa so that members will have access to a blow out, nail touch-up or massages. We want our members to have high-level service at their fingertips. From on-site laundry and dry cleaning to meal delivery to our spa that offers options for the woman on the go.”

“Each COTERIE community will offer COTERIE Boutique. Across each market is a carefully selected brand mix, including Swell, Sugar Paper, Gaiam, and Lululemon, as well as select local artisans that create a unique opportunity to localize. Our thoughtfully curated inventory will be high quality and convenient if you need a last-minute gift for a friend or client.”

She notes that spaces also will offer culinary programming.

Bailey’s idea seems to be resonating across regions.

“I have been surprised by the appetite of owners in different markets for the industry and our specific concept,” she said. “It’s been validating to see the overwhelming response from each market to what our communities offer. From male to female, millennials to boomers, we are seeing a very positive response to what we’re building.”

Michaela Anchan surveyed Singapore’s existing coworking landscape and saw a lack of spaces that suited her needs (and, she suspected, those of other independent female professionals).

“I felt like the current spaces in Singapore when I opened weren’t providing the type of space I was looking for: a quiet, calm space to write as opposed to a startup-oriented, noisy office space,” Anchan explained. “I felt that many mums were trying to multitask from home and were not as productive as they could be, and there was a good demand from these women to open a space catering just to their needs.”

“I read A Room of One’s Own and was amazed that even in the 1920s, Virginia Woolf recognized that women, who are often so emotionally attached to what’s going on in the home, need space separate from the domestic sphere in order to produce ‘art,’” Anchan said.

“Too often, women try to do everything, which can mean working from the kitchen table late into the night, and juggling motherhood with work throughout the day. It’s much more productive to single-task, becoming super-productive for a set number of hours instead.”

When designing the space, Anchan considered the experience she wanted members to have at Woolf Works. Light, acoustics, and color palettes reflected her desire to create a relaxed space for individual work.

“We are a pretty quiet space with lots of natural light and calm, quiet colours,” she said. “We are not as focused on small teams, but rather, on more independent workers: freelancers, consultants, writers, etc.”

“I was surprised that the myth of women being bitchy together still perpetuates! The power and energy of women in a room together continues to inspire and amaze me. We have a very strong and supportive community.”

Serial entrepreneur and WMN founder Merav Oren is passionate about cultivating female entrepreneurs—so much so that she opened a space for that purpose.

“WMN is a coworking space that opened at the Tel Aviv Port in June 2015 aiming to change the numbers in the startup ecosystem (today we are talking about around 7 percent women-led startups). WMN provides its members with a coworking space and professional workshops as well as mentors and networking opportunities with profound and leading women and men in the industry who want to ‘pay it forward.’”

The emphasis at WMN is on entrepreneurial ventures.

“My initial purpose was to create a space where early-stage startups can work comfortably while creating a community where people can be connected to others who face the same problems and challenges they do, and thus learn from each other, seek help and get advice.”

But men can be a part of WMN, too.

“WMN isn’t designed for women only, (we don’t believe in isolating women) but rather, for women-led startups who have at least one woman serving as the founder or CEO. The reason for that condition is that women founders face lots of challenges from a young age. It starts from the education system and continues through the army (in Israel) and into higher education systems.”

Building a strong network is key to success in business—but the opportunities to do so aren’t offered equally to men and women.

“Most of the business relationships here start in the army, where networking systems are created organically. The people in the same network system then ‘pass it forward’ among themselves,” Oren explained.

“In addition—not just in startups but in all entrepreneurship fields—family capital will often be used to support the husband’s business, but not the wife’s venture. On top of that, there is the subject of raising children and housekeeping, which remains traditionally the woman’s role.”

WMN aims to change that.

“So basically I think that’s why founding a startup—a demanding business that takes up resources and time, and requires knowledge and an understanding of technology—is significantly harder for women,” Oren said. “And that’s why WMN was created for them.”

WMN members need to apply and, once accepted, will pay a monthly fee, which provides a number of on-site amenities and services.

“We foster creativity, disruption and innovation throughout our space that consists of joint and private work areas, a comfortable working space, Wi-Fi, as well as meeting rooms that any of our startup member companies can use with advance notice,” Oren said. “We also have lounges, brainstorming rooms, and a kitchen.”

“WMN gives members the space, the support, the community, the networking and much more to help them develop themselves and become a successful company.”

Readers, tell us: would you consider membership at coworking spaces for women? Why or why not? Please share your perspective in the comments below!