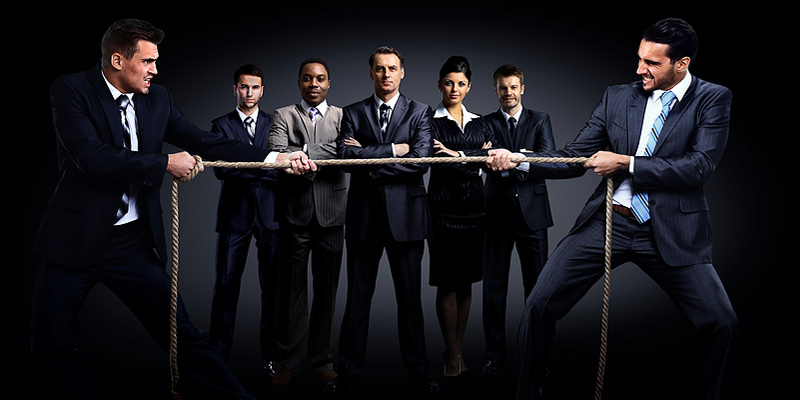 Working in a remote environment can bring many positive changes. Being part of a virtual team means you can escape so many undesirable aspects of a traditional office. There are, however, a few areas where a transition to working remotely can present a more significant challenge. One of the most obvious is navigating inevitable conflicts.

And conflicts do happen. This is primarily when team members communicate largely asynchronously or without visual cues, as is common in remote work. It’s tough enough to resolve these things face-to-face, be it a blunder, misinterpretation, or a disagreement with a colleague. When you’re remote, resolving issues take on new complexities.

How to Mend a Remote Conflict

As a team member, it’s essential to have the professional acumen to navigate a challenging work relationship. Understanding the nuances of remote communication can ensure healthy team interactions. We’ve rounded up some tips that will help you navigate conflicts you might encounter with your distributed team members.

Without body language, tone, and context, it’s easy to misconstrue someone’s intentions. When you first receive any communication that sounds confrontational or derogatory, it’s time to take a deep breath. Step back and reread what was said with a different tone in your head, especially if it’s not someone you have a long history with. Is there a possibility that you’re assuming the wrong intentions?

Ask yourself, if this was one of your best friends sending this note, what would you assume they meant to say? Could it be a simple misunderstanding of the sender’s intention?

When you do connect, genuinely ask to hear your coworker’s take on the situation, and be sure to fully absorb their words before responding. Active listening is an often underrated skill that can aid in turning around a misstep or harsh response.

Perhaps they sent it while they were in a hurry and left out a key phrase that would’ve softened the intent. Or, it might be that they didn’t realize how it was perceived and they have some professional growth to do as well.

When things get heated, don’t become the new virtual watercooler gossip. Everyone wants to save face, and it’s easier to escalate a disagreement if the entire team is watching. Realistically, everyone else is probably feeling awkward and trying not to choose sides. However, it can be perceived as exactly the opposite.

Say something like, “Hey, let’s continue this on the side, so we’re not taking up everyone’s time.” There’s no insinuation that you’re right or wrong—simply a desire to not inconvenience everyone but also to resolve the issue before moving on.

If the error was on your part, realize that some harm was done—whether intended or not—and it’s up to you to let the other person know that you regret it. Call or reach out to initiate a chat in which you affirm your desire to have a positive working relationship.

It takes true professional and personal maturity to admit when we are in error and offer a genuine apology. You might be surprised at how strong the relationship with your coworker can become after that.

4. Give Space to Gain Perspective

You and your teammate might need some time to reflect on what happened and possibly to cool off. After apologizing, gauge whether or not it’s an OK time to continue the conversation or if backing away might give you both better perspective.

However, if you’re in a close working relationship, it’s probably best to circle back around to work it out sooner than later. Problems left unresolved can fester into long-term issues. It can be tempting to just let it ride out in a remote environment. After all, you’re not going to have to walk past their cubicle. But you will need to have a professional relationship with them in the future, so it’s best to work it out.

5. Focus On the Issue, Not The Individual

Whether it’s a project, task, or even a behavior issue, you’ll want to focus on the issue, not the person you’re having an issue with. Rather than saying, “Tanya is so difficult to work with!” considering saying something like, “I felt that Tanya’s communication was extremely aggressive.”

Changing your narrative to an “I feel/felt” message and addressing the issue instead of the person can help keep the focus on the specific challenge.

Any relationship is a two-way street and likely one with a few potholes. Make it a point for your team to plan how inevitable conflicts are resolved.

This might mean setting a standard for a five-minute rule. If written communication is still escalating by five minutes, it’s time to take it to an audio or video chat to achieve better clarity. You might even consider looping in an unbiased HR representative as a mediator to help resolve conflicts.

Regardless of how you resolve it, you’ll be thankful that you did. You’ll spend less of your valuable work time agonizing over an unresolved remote team conflict or stuck in disagreements that seem unending. Instead, invest your attention on repairing and cultivating good relationships in support of overall team health. In the process, you’ll not only make progress at work, but you’ll also demonstrate that you’re a team player.

For more insight on successfully navigating the unique challenges of remote work, check out some of our other articles.

Making the Most of Digital Nomad Slack Communities